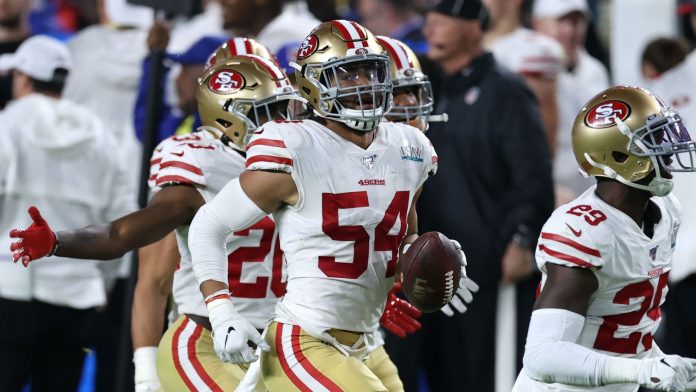 The San Francisco 49ers have placed linebacker Fred Warner on the reserve/covid-19 list.

Warner being added to the list means he has either contracted covid-19 or come into contact with a person who has tested positive.

A third-round pick in 2018, Warner has become an integral part of a 49ers defense that was among the best in the nfl last season.

He finished the regular season with 118 tackles, three sacks, three forced fumbles and an interception returned for a touchdown as the 49ers topped the NFC with a 13-3 record.

San Francisco then progressed to Super Bowl LIV, with Warner intercepting Patrick Mahomes in the 49ers’ 31-20 defeat to the Kansas City Chiefs in February.

Rockets’ P.J. Tucker Says He Spends a ‘Crazy Number’ Each Year on Sneakers

Here’s What You Need to Know About the Viral “Gorilla Glue...

Brooklyn Nets Have Their Flaws, But James Harden, KD and Kyrie...