1990s babies remember a time when Adam Carolla was that funny guy on “Loveline” on MTV with Dr. Drew.

If we’d have known then what we know now about these two, we probably never would have made them famous.

In a tweet that can only be described as “terrible,” the former “Man Show” host tweeted about covid-19 in such a way that merits a full cancelation on every level.

Nobody Asked You, Adam Carolla

Part of Adam Carolla’s charm — at least when he was younger — was his boyish, devil-may-care attitude.

That “charm” wears off when you’re pushing 60, as he’s doing now.

And certainly, when someone tweets something like this, there’s no “charm” to be had.

The responses were less-than-positive.

He Needs To Grow Up

While Carolla is correct in saying that a large portion of the people who died from COVID-19 were sick or elderly, that’s not the complete picture. Other underlying factors include social factors (Black and LatinX populations, for example, are more likely to suffer and die from the disease than white populations), comorbidities (heart disease, for example), and family size.

But Adam Carolla’s comment wasn’t anything more than a political statement — one that’s nasty and “conservative” in nature. He’s already shared the stage with the likes of the despicable Ben Shapiro — who, interestingly enough, is the aforementioned Mara Wilson’s maternal cousin — and railed against “cancel culture” in the ridiculous (and morbidly hilarious) “CancelCon.”

And as the video below demonstrates, he’s as bad — if not worse — than you think. 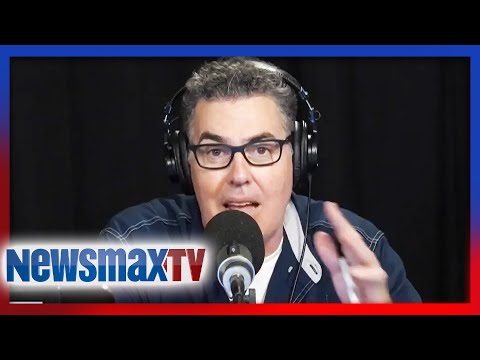 Adam Carolla is, once again, pushing 60 years old. It’s time for him to grow up and stop throwing childish tantrums online — especially when they have no basis in facts.

The ‘Andor’ penultimate Season 1 episode reminds us there are many...