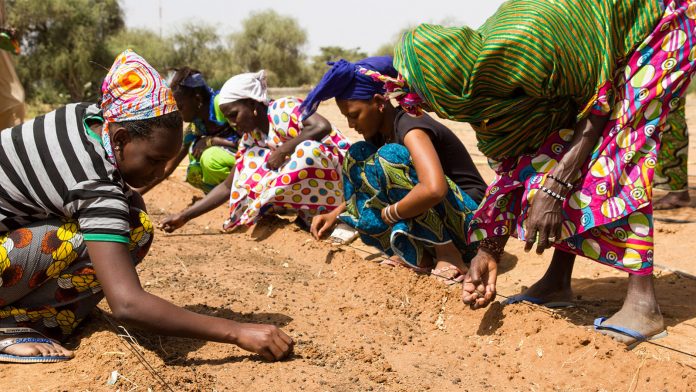 Africa is on its way to completing the next world wonder — a nearly 5,000-mile (8,047-kilometer) belt of greenery and conservation initiatives covering the continent’s entire width. This lofty goal, the Great Green Wall, is not a PR stunt. It’s an African-led movement designed to breathe life into the continent’s degraded landscapes across the Sahel, which is the vast semi-arid region of Africa separating the Sahara Desert to the north and tropical savannas to the south, according to Euro News.

This area is experiencing a slew of ecological crises due to overgrazing, drought and poor farming practices. At the same time, desertification here is on the rise. The Sahara Desert is expanding, with one study, published in the May 2018 issue of the Journal of Climate, showing it has grown 10 percent since 1920. The ambitious Great Green Wall, which will be Earth’s largest living structure once complete, is designed to save the Sahel from ecological implosion.

“The objective is to address poverty and land degradation in the Sahel,” International Union for Conservation of Nature program officer Chris Magero says in an email. “The Great Green Wall provides an amalgamate approach to addressing these multiple issues while ensuring that sustainable land management stays at the center of these discussions.”

What Is the Great Green Wall?

The Great Green Wall, a project spearheaded by the African Union in 2007, was initially designed to build a string of trees across the continent to curb desertification, helping Sahel communities survive and thrive. But, there were some issues early on. First and foremost, the science behind tree-planting as the sole solution wasn’t fully there, according to Smithsonian. Many of the first-planted trees died, which is when leaders acknowledged it was time to change course. The Great Green Wall team analyzed indigenous land-use techniques and adapted their methodology accordingly.

From here, the project evolved from a wall of trees to more of a continent-wide movement, where Africans combat land degradation, desertification and drought based on proven indigenous practices. In some cases that’s tree planting, which the Great Green Wall largely hires locals to do. For other land stretches, it’s indigenous adaptions for agriculture or simply growing grass. In other cases, it’s a mix of all of the above. This “regreening” is truly transformational, for both the land and local people.

The Great Green Wall is roughly 15 percent complete, with millions of trees planted and aspirations to “restore 100 million hectares (247 million acres) of currently degraded land, sequester 250 million tons of carbon, and create 10 million jobs in rural areas” by 2030, according to the Great Green Wall website. Another equally impressive outcome? The Pan-African comradery and leadership.

The initiative started out with 11 countries, but now has over 20, making it a truly Pan-African program. Each country created its own national action plan for implementation, which ensures each nation has ownership, instead of being told what to do by outsiders. This puts power and potential for progress back in the hands of those most affected. So far, “350,000 jobs have been created and more than $90 million generated in revenue across the Great Green Wall countries,” Magero says.

But Magero notes that some countries have seen more success than others. Some of the best Great Green Wall outcomes have been in Nigeria, Senegal, Burkina Faso and Ethiopia. Burkina Faso has 17 million new trees, while 12 million acres (4.8 million hectares) of degraded land in Nigeria are now restored, with Senegal and Ethiopia seeing similar success.

The Great Green Wall is about development; it’s about sustainable, climate-smart development, at all levels. Each of the 30 countries developed national action plans, That is the biggest achievement, because now they own it. It’s about ownership, and that has been the failure of development aid, because people were never identified with it. But this time they identify. This is our thing.

The Great Green Wall Has Its Challenges

With a total project that’s triple the size of the Great Barrier Reef, the Great Green Wall’s roadblocks were inevitable. “The Great Green Wall is a huge commitment by the countries, which comes along with challenges,” Magero says. “As much as there is a shared commitment by the countries, the goals vary from country to country fringing the edges of a coordinated approach to implementation.”

Like many conservation projects before it, investment is another hindrance. Countries like Senegal spend $200 million per year on planting and eco-care, but other nations can’t afford similar investments. Plus, Time reports only half of the $8 billion pledged for the project has come through.

“Within most of the countries, investments in drylands remain a challenge based on the misconception that drylands are wastelands,” Magero says. “This view is rapidly changing as drylands continue to be recognized for their richness in biodiversity; productivity, especially of livestock; and provision of other ecosystem services including water.”

According to its latest status report, the program needs to restore 20.26 million acres (8.2 million hectares) of land every year, plus a $4.3 billion annual financial investment, for the hopeful 2030 completion. This goal is lofty, especially given the Great Green Wall has restored roughly 49 million acres (20 million hectares) of land from 2007 to 2018. But leaders remain optimistic.

“The Great Green Wall is yielding immediate benefits for the local communities and long-term ecosystem benefits at the international level,” the United Nations Convention to Combat Desertification executive secretary Ibrahim Thiaw said in a press release. “It shows that when countries dare to dream, work together and make the right choices, we can prosper and live in harmony with nature. And where innovative ideas emerge, positive, dramatic change that benefits both the local and international communities will happen.”

In 2021, DC Universe Will Drop Videos and Become a Comics-Only Service

Poetry in motion: Engineers analyze the fluid physics of movement in...