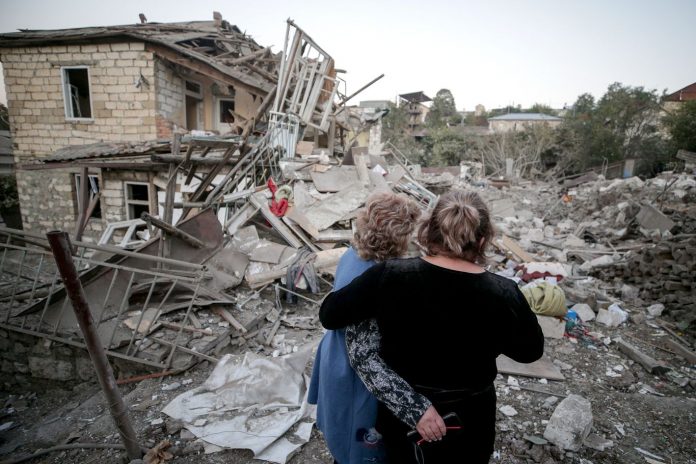 An Armenia Defense Ministry spokesperson accused Azerbaijan late Saturday of “violating the humanitarian ceasefire” in the disputed region of Nagorno-Karabakh by firing artillery shells and rockets.

Details: The ceasefire began at midnight local time (4 p.m. ET), hours after the two countries accused each other of violating a week-old, Russian-brokered humanitarian truce, which was intended to allow the two sides to exchange prisoners and recover bodies. Azerbaijan did not immediately comment on the spokesperson’s claim.

The big picture: Hundreds of soldiers and dozens of civilians have been killed since the recent fighting began in late September.

The backstory: Nagorno-Karabakh is a mountainous region of around 150,000 people that is populated mainly by ethnic Armenians but lies within the borders of Azerbaijan.

Editor’s note: This article has been updated with the spokesperson’s comments.

Why Pennsylvania’s Vote Count Could Change After Election Night

We Have A Lot Of New Polls, But There’s Little Sign Of The Presidential Race Tightening

How The Electorate Will Be Different In 2020 Compared With 2016

‘Schitt’s Creek’ or ‘The Good Place’ could give cable a rare...