While the sizable, and worldwide, fan collective is known for hijacking Twitter trending topics to promote the band’s latest offerings, they’re now doing it for the greater good.

Specifically, they’re hijacking MAGA and QAnon hashtags to beat radical Trumpers, conspiracy theorists, and Russian bot farms at their own game — and in so doing, they’re saving American democracy from the scourge of Donald Trump.

Many fan armies — such as the One Direction fan army, specifically the “Larry shippers” — are selfish in their motives. Their goal is singular: have the band, or the members of the band, do what we want, or we’ll terrorize those who either disagree with us or point out the flaws in our argument. (No, folks, I haven’t forgotten how you bullied my colleague off social media because he wrote an article that you disagreed with.)

That’s not the case with the BTS army.

Sure, the “fan cams” can sometimes be annoying, especially when they’re dropped in the middle of an otherwise serious social media conversation.

But if the trade-off is that they can help combat against the noxious QAnon conspiracy theorists and the increasingly violent offshoot of Trump supporters, we can deal with it.

More than 22,000 tweets bearing Korean pop stars flooded hashtags like #WhiteLivesMatter and #QAnon that evening, according to market researcher Zignal Labs. Some typical accompanying text: “Stan twitter RISE.” The barrage effectively commandeered the hashtag and rendered it all but unusable to white supremacists. In the past few months, Trump supporters have started to understand how those radio producers feel. K-pop stans have regularly hijacked QAnon and MAGA social media hashtags. They’ve led get-out-the-vote efforts against the president. And many were among the online pranksters who boasted about helping derail a Trump rally in Tulsa where he’d said 1 million people planned to show up, and barely 6,000 did.

Ah, yes, that disastrous Oklahoma rally — the one that cost Herman Cain his life. The BTS army was trying to save America — and they did a fine job of it, as you can see in the video below. 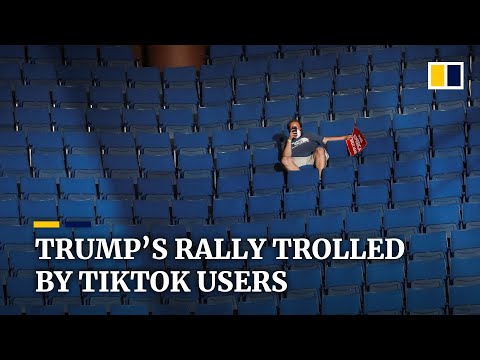 It’s Not The Only Thing — But It’s Something

To be clear, no one is suggesting that the only thing that will circumvent the scourge of radical-Trumpism is a social media takeover from any fan army, let alone BTS.

After all, without the votes to back it up, the social media takeover is a talking point, and nothing more.

However, it’s worth noting that according to the same Bloomberg article, fan armies — and BTS’s fan army in particular — are becoming so vital in their get-out-the-vote efforts that political analysts from both sides of the aisle are studying their tactics.

And whether you want to admit it or not, that’s a power that can’t be denied.