The Dow and broader U.S. stock market traded higher on Tuesday, as investors hoped that a clear winner would emerge from the U.S. presidential election and that a delayed or contested outcome would be avoided. Markets appear to anticipate a clear win for former Vice President Joe Biden, but President Donald Trump can still find a path to victory with comebacks in key states.

All of Wall Street’s major indexes traded higher Tuesday, mirroring a positive pre-market for stock futures. The Dow Jones Industrial Average rose by as much as 331 points, building on Monday’s rally.

A measure of implied volatility known as the CBOE VIX plunged by nearly 5% on Tuesday after surging to four-month highs last week. The so-called “fear index” reached an intraday low of 35.32 on a scale of 1-100, where 20 represents the historic average.

Investors Are Optimistic About the Election Outcome

Today is Election Day in the United States. More than 100 million Americans have already voted. watch the video below to know more about Election Day: 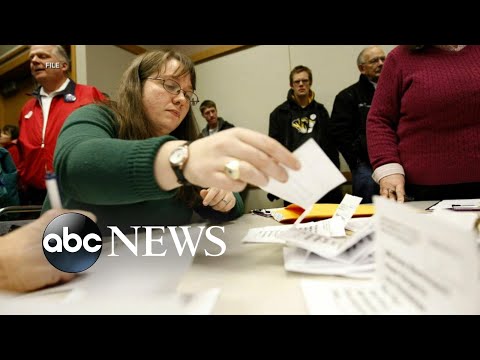 Investors are reflecting more optimism after weeks of speculation that a contested election result may not produce a clear winner for some time. They bet on a clear win for Joe Biden.

While Biden holds a narrow lead in the latest IBD / TIPP Trump poll against Biden, President Trump could still score a victory. Meanwhile, the fate of the Senate is even less clear, with several races too close to call. The uncertainty of the 2020 elections could therefore last beyond Tuesday, perhaps even until 2021.

About 60 million voters sent their ballots in the mail due to the pandemic, according to the U.S. Elections Project. This influx of postal votes has raised concerns about the possibility of a delayed election result.

The key Senate elections will determine whether the so-called Blue Wave takes over from Congress. Big policy changes, including further fiscal stimulus, depend on which party has majority control.

Tom Essaye, founder of The Sevens Report, wrote in a note:

Ultimately, the markets want clarity, and the main threat to risk assets this week is the emergence of a contested election, so if races are tight enough for campaigns to sue to halt or extend recounts, expect a reversal of this morning’s rally.

Defendant in case of $100 million NJ deli hires lawyer who...

Deshaun Watson Needs One of These Three Guys as His Next...

Around 30 trillion yen of Japan’s additional budget since 2020 unused...