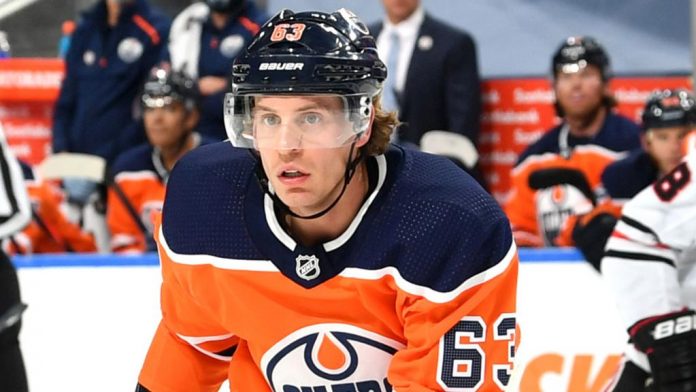 Tyler Ennis agreed to terms on a one-year contract to remain with the Edmonton Oilers on Friday. Financial terms were not disclosed.

The 30-year-old forward scored 37 points (16 goals, 21 assists) in 70 games with the Edmonton Oilers and Ottawa Senators last season including four points (two goals, two assists) in nine games after he was traded to Edmonton on Feb 24. He scored two points (one goal, one assist) in three games during the Stanley Cup Qualifiers.

“I just wanted to be here,” Ennis said. “I really like the guys and I love playing with [coach Dave Tippett] because there is so much potential with this team. For me, it doesn’t matter where I am in the lineup. … I think we’re heading the right way, and for me I just want to be on a winning team and whatever role I have to fill, I’m happy doing.”

Ennis broke his right leg and had surgery to repair ligament damage to his ankle in the Qualifiers against the Chicago Blackhawks but is expected to be ready for training camp.

“The injury was unfortunate and frustrating,” he said. “The rehab is going really well, I skate and worked out with our trainers. It’s been a frustrating process, but things are moving along smoothly.”

Selected by the Buffalo Sabres in the first round (No. 26) in the 2008 nhl Draft, Ennis has 313 points (133 goals, 180 assists) in 613 regular-season games with the Oilers, Senators, Toronto Maple Leafs, Minnesota Wild and Sabres and 12 points (four goals, eight assists) in 22 Stanley Cup Playoff games.

CBQ HQ AM template for October 16