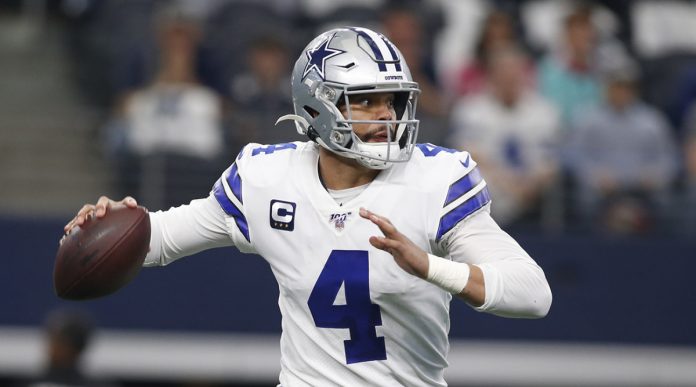 Both the Cowboys and Falcons are looking for their first victories of 2020 when they meet Sunday afternoon in Dallas.

Coach Mike McCarthy revealed on Wednesday that AT&T Stadium will be at 25% capacity for the home opener following the Cowboys’ Week 1 road loss to the Rams at an empty SoFi Stadium.

“So we’ll have some live energy in the building. I’m pretty confident the music and the game operations will be a little different than it was this past week,” McCarthy told reporters.

Live Stream: You can stream the game on nfl RedZone on fuboTV. You can also view it on the Falcons app or AtlantaFalcons.com mobile web (geographic and device restrictions apply).

The Cowboys’ first game with McCarthy at the helm didn’t go as planned after they lost three starters in the first half. Linebacker Leighton Vander Esch left with a collarbone injury in the first quarter, while right tackle Cam Erving and tight end Blake Jarwin suffered knee injuries in the second quarter.

Quarterback Dak Prescott passed for 266 yards and a touchdown, but Dallas, who failed to make a comeback in a scoreless fourth quarter, fell to the Rams 20–17.

Meanwhile, the Falcons couldn’t slow down Russell Wilson and the Seahawks in their home opener last weekend. Despite the 38–25 loss, quarterback Matt Ryan 37 of 54 for 450 yards and two touchdowns to pass John Elway for ninth on the nfl career passing yardage list.

Atlanta will look to avoid a 0–2 start in a tense year for coach Dan Quinn. After back-to-back losing seasons, Quinn kept his job but will likely need to take the Falcons to the playoffs to remain in 2021.