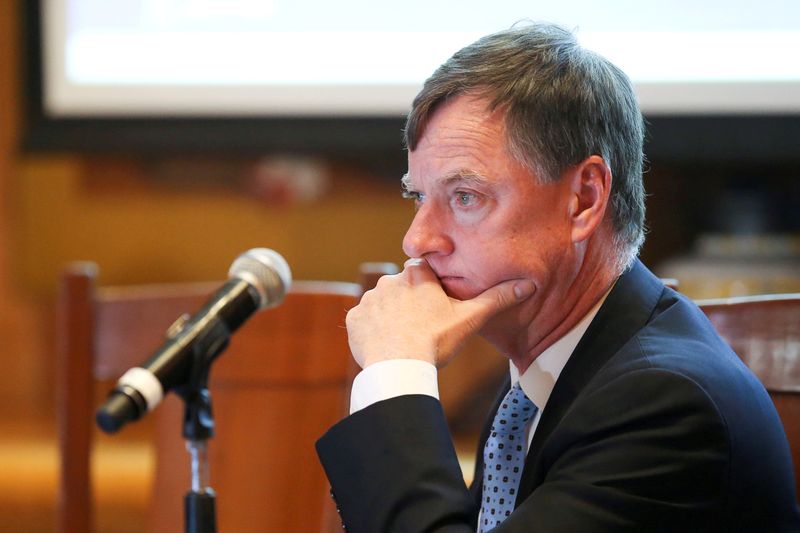 (Reuters) – Federal Reserve policymakers once pointed to Japan as the posterchild for what can go wrong for a central bank when it comes to fighting too-low inflation.

It’s Europe that worries them now.

“I am nervous that as Europe lags, it’s going to be harder for their demand to increase, and hopefully demand some of our exports; I think that puts more pressure on the ECB,” Chicago Fed President Charles Evans told reporters Thursday, referring to the European Central Bank. “I think their challenge in terms of increasing inflation is going to be more difficult than what we are facing in the U.S., and I don’t think our job in the U.S. is easy.”

Even before the coronavirus crisis, central banks globally were struggling with sluggish inflation, and the pandemic-induced downturn has only made the challenge worse.

Too-low inflation is typically a sign of a weak economy. It also tends to drag on interest rates and makes it difficult for central banks to fight recessions with their usual tools that focus on the cost of money.

In the United States, super-easy monetary policy, coupled with nearly $5 trillion in government relief aid and an accelerating vaccination rollout, has raised expectations for a sharp economic rebound this year.

Doing so, they hope, will help propel inflation to slightly above the Fed’s 2% target by 2023, a goal they haven’t achieved for more than a decade.

In Europe, the fiscal response has been more modest, vaccinations have been slow to ramp up, and a new pandemic surge and lockdowns across the continent are crimping the recovery.

Though the ECB raised its inflation forecast to 1.5% this year, even that modest bump is seen as temporary, with inflation seen falling back to 1.2% next year and inching up to 1.4% in 2023.

“Japan has been the country that we’ve all looked at and said, nobody wants to get into the Japan situation,” San Francisco Fed President Mary Daly told reporters on Wednesday.

The Bank of Japan has for decades struggled with low inflation and even growth-sapping deflation.

It’s a fight that the Fed wants to avoid.

Achieving that goal under the Fed’s new framework, Daly said, will require a “healthy dose of patience.”

Evans agrees. He’s worried, he said Thursday, that U.S. inflation expectations are slipping, as they have in Europe, and to combat that, he wants inflation to rise to 2.5% and stay there for a year.