While little is known about the project, Samuel L. Jackson is apparently set to reprise his role as Nick Fury in an upcoming Marvel series on Disney+. News of Fury’s return to the Marvel Cinematic Universe broke on Friday, with Variety‘s Joe Otterson reporting that Jackson will star, while “Mr. Robot” alum Kyle Bradstreet writes and executive produces the new show.

Details on the series’ plot have yet to be revealed, but early indicators suggest that Jackson’s Fury will be the central character. Although Fury has been an important supporting character in the MCU, Disney may be better-served bringing another strong character portrayed by a Black actor to its streaming platform.

Namely, Luke Cage, whose television rights will reportedly shift back to Marvel/Disney this fall.

Canceled Before Its Time

The Cage character differs from many others featured in the MCU in that he is an ex-convict and hero for hire, who largely works to fight crime in his own New York neighborhood. In the Netflix’s “Luke Cage” series, Cage is essentially the defender of Harlem, battling his former childhood friend and half-brother Willis Stryker — also known as Diamondback — the arms dealer responsible for Cage’s incarceration.

Although Cage has superhuman strength and unbreakable skin, he lacks some of the flair and fantastical abilities of his “Avengers” counterparts in the MCU. Moreover, while Captain America and his crew were perpetually saving all of humanity in the MCU’s phases to date, Cage’s stories have been told on a much smaller scale.

The tone and storytelling style of the Netflix series was a badly-needed breath of fresh air in an MCU that has felt samey for several years now. And the noticeable shift was a big hit with fans and critics; Season 1 of Luke Cage currently holds a Rotten Tomatoes critical aggregate score of 90 percent, while Season 2 checks in at 85 percent.

Nevertheless, Netflix opted out of a third season, canceling the show amid apparent creative differences with Marvel.

There’s no denying that Fury has been a big part of the MCU. Nor can it be denied that Jackson is one of the greatest actors of his generation. However, the “Pulp Fiction” star is also 71 years old now, and the Fury character has been featured on-screen so many times at this point, it’s difficult to count them all.

Can Jackson be counted on to carry an entire series — which will likely feature a ton of action — when he’s old enough to be most Marvel fans’ grandfather? More importantly, is there anything still worth exploring with the Fury character at this point, and will fans care enough to find out?

As talented as Jackson is and as integral to the MCU as the Fury character has been in support of the primary players, I’m skeptical.

Meanwhile, we had only just begun to explore Cage on the screen before the Netflix series was unceremoniously canned. And those aforementioned creative issues wouldn’t be a problem with the in-house streaming service.

A Hero For Our Times

In 2020, issues of inclusivity and racial injustice have been at the forefront of the international discussion, even rivaling the covid-19 pandemic. As a result, the call for minority representation in media is echoing as loudly as ever.

Luke Cage made history once as the first Black superhero to be featured as the main protagonist and title character of a comic book series. The character can be part of history again as part of the current movement to open up the entertainment industry to people from all walks of life, both on the screen and behind the scenes.

See a brief history of the character in the video below: 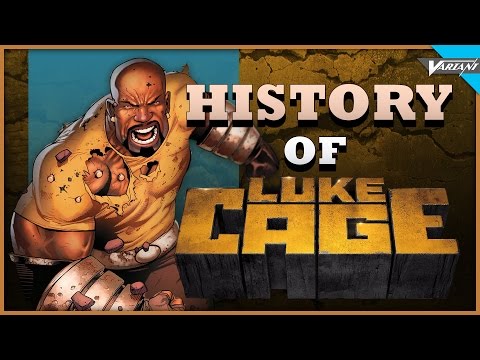 While Jackson’s Fury would strike similar chords, the character doesn’t have the same shelf life or potential as Cage, who audiences had only just come to know before the Netflix show was concluded.

Tatiana Maslany’s casting as the iconic She-Hulk was a stroke of genius, Marvel should keep the momentum going by bringing back Luke Cage.

Samburaj Das edited this article for CCN.com. If you see a breach of our Code of Ethics or find a factual, spelling, or grammar error, please contact us.