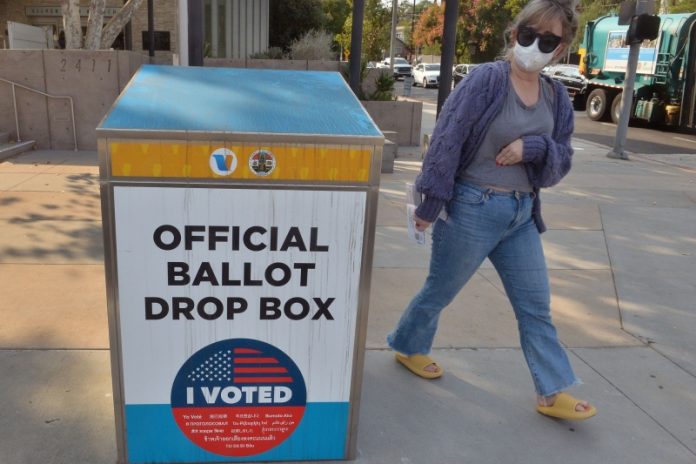 Oct. 19 (UPI) — A record number of American voters — more than three-quarters — believe this year’s presidential election is more important than elections of the past, according to a new Gallup survey.

The poll says 77% of registered voters said the results of the 2020 election will matter more than previous campaigns. That figure is six points higher than it was four years ago.

The new figure Monday eclipses the previous record — 74% in 2008 before then-Illinois Sen. Barack Obama was elected as the first Black U.S. president.

The Gallup survey notes that early voting so far this year is already setting records and there are signals that turnout may be remarkably higher.

“The 2020 election is unique given that, amid the coronavirus pandemic, early voting is already reaching record-high levels,” Gallup wrote.

“While some election indicators suggest that this year might not be remarkable in terms of turnout, the latest reading on Gallup’s 24-year measure tracking voters’ view that the election matters more than in the past suggests that turnout in this year’s election could be significantly higher than it has been in recent years.”

Politically, 85% of Democrats, 79% of Republicans and 69% of independents surveyed said the outcome of this election matters more than prior votes have.

By comparison, 80% of Republicans and 69% of Democrats said four years ago that the 2016 election mattered more than it did in previous years.

Gallup polled more than 1,000 registered U.S. voters for the survey, which has a margin of error of 4 points.

Thousands of Armenian-American protesters and President Donald Trump supporters line both sides of the street as they await Trump’s arrival to a private fundraiser at tech mogul Palmer Luckey’s estate in Newport Beach, Calif., on October 18. Photo by Jim Ruymen/UPI | License Photo

Ackman sees path to possible U.S. listing for Universal, working on next deal