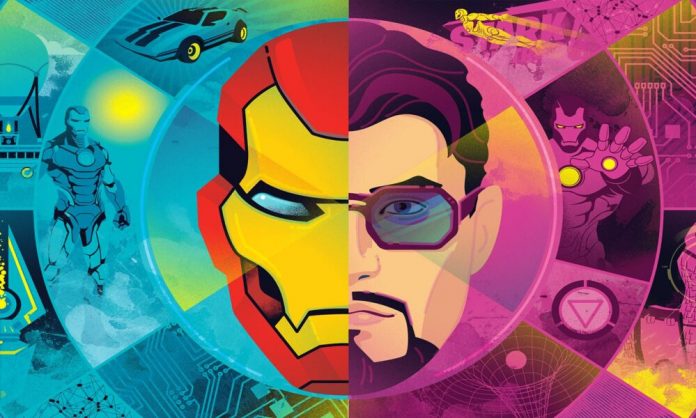 Fortnite players are undoubtedly familiar with the Awakening Fortnite challenges that Epic introduced to Season 4. These challenges reward players with some unique styles and skin-specific cosmetics. For Tony Stark, the reward is his Iron Man suit.

A lot of players could live without unlocking the Doctor Doom emote or additional Thor style, but most people are going to want the Iron Man suit. Here’s what you’ll need to do to unlock it.

Stage 1: Reach 88 on the speedometer in a Whiplash as Tony Stark

Tony Stark loves to go fast, as shown by his fleet of customized Whiplashes in the Stark Industries garage.

This is the most straightforward challenge of the bunch. All you need to do is find a whiplash and a straightaway. As we mentioned, there are plenty of them in the Stark Industries garage, but a lot of players usually land here.

We recommend landing somewhere like Retail Row or Sweaty Sands. There’s likely to be an open Whiplash, fewer players, and enough real estate to hit 88 mph.

Stage 1: Use an Upgrade Bench as Tony Stark

This stage is as easy as loading into a game of Team Rumble, grabbing whatever item you see, and hitting the nearest Upgrade Bench. There are Upgrade Benches scattered all over the map and you begin a Team Rumble match with enough materials to upgrade a Rare weapon to Epic.

Salty Springs might be the most common location for this challenge since it’s in the middle of the map and is almost always accessible in Team Rumble. The Upgrade Bench is located in the garage of the brick building.

Stage 2: Emote as Tony Stark in the Stark Workshop

We highly recommend Team Rumble for this stage of the challenge unless you don’t mind dying after you emote. Team Rumble is far less crowded and doesn’t spawn the Stark Robots, so it’s much safer.

The workshop is at the lowest level of the main building. If you’re already familiar with Stark Industries, then you’ll recognize it as the location that houses Stark’s Iron Man suits. You’ll need to emote in the center of the platform, which you can see in the video, below.

Unlocking the Tony Stark Awakening challenges is pretty important, considering it’s the only way to grab the Iron Man suit. He’s a central figure of Marvel and of the season, so you won’t want to miss this one.

If you’re still struggling with the rest of the Awakening challenges, take a look at a list of our guides here.

How to unlock the Shapeshifter Fortnite emote with the Mystique Awakening challenges.

Fortnite Season 4 introduced a unique mechanic to unlocking skin-specific cosmetics. We have ‘Awakening’ challenges this season, which allow us to progress through the Battle Pass at our own pace – unlocking some cool cosmetics along the way.

This time, we’re looking at Mystique and her Shapeshifter emote. Completing these challenges will allow you to steal enemy skins once you kill them. Here’s what you’ll need to do.

Stage 1: Use a phone Booth as Mystique

This is the easiest stage of the Mystique Awakening challenge. All you need to do is find a phone Booth as Mystique and jump inside. She is the master of disguise, after all.

There are several phone Booths scattered around the map but the most obvious are those located in Stark Industries and Doom’s Domain. Just like the last two seasons, you can jump inside and disguise yourself as a henchman.

From the easiest stage of the challenge to the most annoying. You’re going to need to damage players with different pistol rarities. For this one, you can use the Gray, Green, and Blue normal Pistols or the Purple/Gold Magnum.

There isn’t really much of a guide to this one apart from persistence. Finding normal pistols is relatively easy – too easy, in fact – so you should be able to finish the challenge within a couple of games. The trick is trying not to throw a fight while using a pistol.

We recommend finding a Gray pistol, damaging a player, upgrading to Green and doing the same thing. If you only have the Blue rarity left, it’s probably worth going to Team Rumble and finishing the challenge there. Good luck with this one.

Stage 3: Emote as Mystique after eliminating an opponent

This stage is straightforward, as well. All you need to do is eliminate a player in any mode and emote. As always, Team Rumble will offer the easiest path to completion but it’s probably not necessary.

This emote might be the coolest one of the season and is the ultimate reward for completing the Mystique Awakening challenges. You can steal opponent skins after you kill them. Every want to be a Renegade Raider? Now’s your chance!

We wish the emote lasted for a bit longer, but it’s still a cool way to troll an opponent after they die. It can also mess up some enemy communications if you switch skins at the right time.

If you haven’t already, take a look at our guide to all of the Awakening challenges of Season 4. You can find the rest of them here.

Here’s how you can grab the Gatherer Remains and compete your Season 4 Week 4 challenges.

Most Fortnite players have kept there eyes on Stark Industries since the update last week, but there was an overlooked addition to the game that passed under everyone’s noses. Galactus has made his first mark on the BR island through his Gorger drones which spawn around the map.

There doesn’t appear to be a set spawn location for these drones. After a week of playing, it seems like these drones use a similar mechanic as the Marauders from last season. Luckily, the reward for battling these drones is a lot more worthy of your time.

The Gorgers don’t deal direct damage to players. Instead, they spawn Gatherer drones that do the fighting for them. The longer a Gorger drone is alive, the more Gatherers it spawns.

Eliminating a Gatherer drone has the chance to give you some tier-one loot. This is the only known way to obtain a Legendary RPG in Fortnite right now – one of the most powerful weapons in the game. The drones can also drop healing items and some other Epic and Legendary loot.

On top of all of this, you can also use the Gatherer weapon if you act quickly. You can pick up a downed Gatherer before it explodes and use its projectile weapon against other players. Keep in mind that it doesn’t go into your inventory. Swapping weapons or building will force you to drop the gun.

SypherPK released a tutorial video on these new drones and even showcases the weapon that they drop. This video is worth watching, since the Gatherer “remains” are included in a challenge for Week 4.

This week, we’ll be tasked with dealing 10,000 damage with “Gatherer remains.” This will almost certainly be a team-based challenge, similar to some others that we’ve seen this season.

The best way to complete this challenge would be to down a Gatherer and use the weapon on a Gorger. The weapon is a bit too situational to carry around the entire match. Remember: you can’t build or swap weapons while using it. To make matters even more difficult, there don’t appear to be any set spawn locations for the Gatherer fleet.

You should be able to finish the challenge after a few tries, but it will undoubtedly be of the most difficult challenge of the week. Hopefully, you can deal some damage without getting third-partied by real players. Good luck out there!

Here’s how to complete your Fortnite Season 4 Week 4 challenges.

We’re into the fourth week of Chapter 2 Season 4, which means a list of new challenges is right around the corner. The challenges for this week were leaked when the most recent patch went live, so we were able to see them before they came to the game.

Here’s what you can expect to see on Thursday, September 17 when the challenges come to the Fortnite Battle Pass tab:

Most of these challenges will be easy to complete with minimal extra effort. All you need to do is land at Steamy Stacks, The Authority, Weeping Woods, Sweaty Sands, and Slurpy Swamp for a few matches to finish the elimination, damage, and chest challenges.

If you don’t already know, the Collector’s museum can be found on the hill overlooking Retail Row. You might have some competition while trying to destroy cases, but you should be able to carve out three for yourself.

Hacking Stark robots is as easy as landing at Stark Industries and disposing of a few henchmen. Once you down a robot, you’ll see the option to hack them. Once hacked, they’ll fight with you against other players and Stark robots. Be careful, though, these bots are carrying some hard-hitting weapons and are known to be deadly accurate most of the time.

The only challenge that requires a true guide is how to find Gatherers, kill them, and use their remains. We have a separate article covering all of that, which you can find here. Happy hunting!

Where to find the Plasma Cannon in Fortnite Season 7

Jessica Simpson Says the Way John Mayer Talked About Her Was...

Take Your PC Gaming on the Road With These Powerful Gaming...