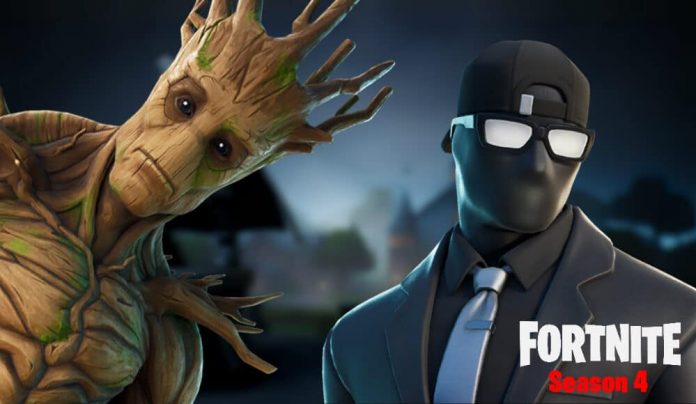 Fortnite Season 4 brought us a fresh new theme and meta that helped to revitalize a relatively stagnant chapter. Of course, the new season didn’t launch bug-free. You’d be hard pressed to find any video game that releases a major patch without any issues.

To Epic’s credit, however, the bugs in Fortnite Season 4 are almost all under the surface. In other words, there’s a very small chance that you’ll trigger any of these bugs by accident. You’d have to be seeking out an exploit to cause one of these game-breaking problems.

There’s one particular bug in Fortnite that’s a bit too powerful to stay in the game for too long. We’re talking about a “God mode” exploit. We’ve seen this in Fortnite before, and we have another one for Fortnite Season 4.

Unlike similar glitches from other seasons, however, this bug is far less useful than it might sound. Glitch King – one of the YouTubers to showcase the bug – starts his video by writing, “This is one of the most broken glitches. It have [sp] been out for more than 3 days and still didn’t get patched!” This statement is hyperbolic, though, because using the glitch forces you to stand in place.

We’ve seen similar glitches to this one, before. To do it, all you need to do is find a haystack and bring it to one-shot. Now, jump into the stack from a few floors above and shoot it right before entering – making it disappear. Make sure you have a car next to you, as you’ll now only be able to move while driving the vehicle.

As you can see, this glitch isn’t as useful as Glitch King makes it sound. Yes, you’re invulnerable to enemy fire, but not to storm damage. If you don’t have a car, you’re stuck in one spot and will eventually die. Glitch King also showcases the flying ability that happens if someone destroys your car. What he doesn’t mention is that you’ll continue to fly until you reach the storm ceiling and die.

This glitch seems like an interesting way to freak people out but not a great way to win. You’re probably better off playing a normal match rather than standing in a single spot – unable to move without the help of a nearby car or chopper that someone could easily destroy.

The glitch will likely get fixed but doesn’t seem to cause much of a problem in-game. We don’t think that this one will be ban-worthy, but complete the glitch at your own risk. Again, you’ll probably have a better shot at actually winning if you play a normal match.

Aussie Deals: Lockdown Survival Bargains, Up to 90% off Great Games!