Earlier this week, Facebook quietly launched a shopping tab on its flagship app. The move comes months after the social media giant introduced a similar e-commerce feature on Instagram.

Known as “Facebook Shops,” the new feature targets small businesses dissatisfied with existing third-party marketplaces like Amazon. It allows them to sell merchandise, communicate with their customers using WhatsApp and Messenger, and host live shopping events.

watch the video below for more details: 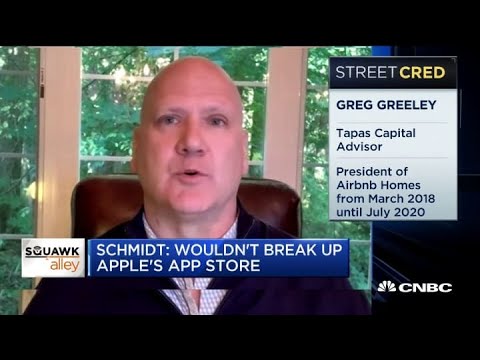 This throws a wrinkle into Amazon’s plans to dominate the e-commerce market. The company’s chief rivals have long been considered to be big-box retailers like Walmart, who are aggressively enhancing their online shopping offerings. This narrative may have been misguided.

For Amazon, the most obvious threat might not necessarily turn out to be the most dangerous one. Here’s why Facebook could be the challenger Jeff Bezos never saw coming.

One of Amazon’s biggest competitive advantages is the vast range of products available on the platform. Data from BigCommerce estimates customers have access to over 350 million items.

Walmart, the world’s largest brick-and-mortar retailer, boasted a mere 35 million products on its online store in 2017. That number has no doubt increased over the past three years, though Amazon’s offerings remain unmatched.

The social media platform’s user base is rapidly approaching 3 billion people. Businesses would be foolish to ignore a potential market this huge. Once the new marketplace starts gaining momentum, Amazon’s competitive advantage could evaporate quickly.

Facebook has secured several key partnerships to kickstart the growth of its new e-commerce feature. None is more critical than Shopify.

Aside from mega-caps like Amazon, Shopify may be the hottest name in e-commerce. It’s not only Canada’s largest publicly-traded company but has seen its stock zoom more than 150% higher in 2020 alone.

During the second quarter, Shopify merchants collectively sold a staggering $30.1 billion in merchandise, up 119% year-over-year. And now, they can import their entire product catalogs to their Facebook Shops with a single click.

With Shopify specializing in the small business niche, this partnership could help Facebook rival Amazon as the platform of choice for third-party sellers.

Coupled with its broad reach and other tools that make it easier to communicate with customers, Facebook offers a better deal to small businesses compared to Amazon Marketplace.

Facebook is positioning e-commerce and payments to become key drivers of growth as the company pivots towards being a privacy-focused social network. The firm plans to retain the ad-driven model, so it won’t charge merchants an additional fee to use the Shops feature.

Our business model here is ads, so rather than charge businesses for Shops, we know that if Shops are valuable for businesses they’re going to in general want to bid more for ads. We’ll eventually make money that way.

And don’t forget Amazon’s poor reputation for how it treats marketplace sellers – even large ones.

Sportswear giant Nike and Swedish furniture retailer Ikea are some of the household names that have ditched the Amazon Marketplace.

From an increase in sales of counterfeit products to frustrating restrictions on what products third-party sellers could ship to Amazon warehouses, merchants have had plenty of complaints in recent months.

That’s why it’s notable that Nike was one of the companies that took part in the Facebook Shops pilot.

Amazon won’t lose its crown as the world’s dominant e-commerce firm anytime soon. If and when it does, it may find its most disruptive enemy was located in Menlo Park – not Bentonville.

Disclaimer: This article represents the author’s opinion and should not be considered investment or trading advice from CCN.com. Unless otherwise noted, the author has no position in any of the stocks mentioned.

Josiah Wilmoth edited this article for CCN.com. If you see a breach of our Code of Ethics or find a factual, spelling, or grammar error, please contact us.

Conversations With Teens About Sexting Need a Lot More Nuance

Better Asthma and COPD Drugs with Fewer Side Effects Are Within...

What to See in the Night Sky for October 2022