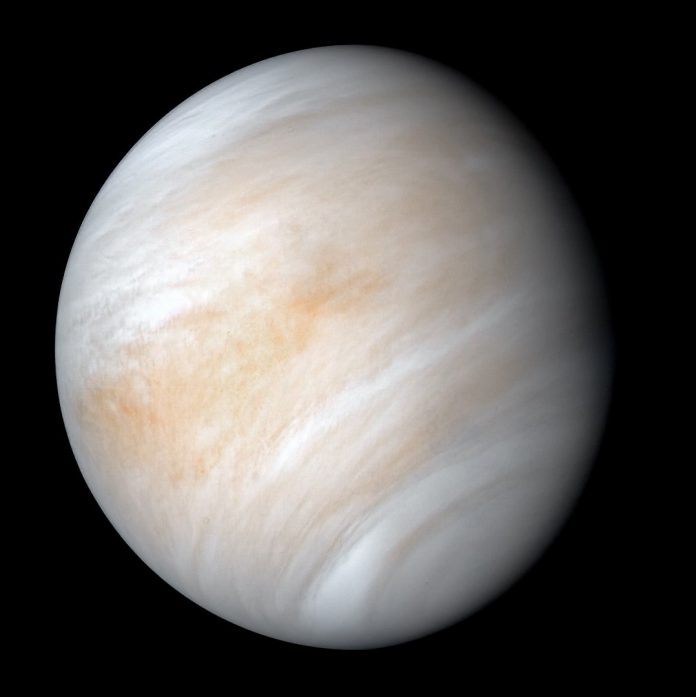 If phosphine detected on the planet next door is really a signature of alien biology, we can send a space probe to find out

Magellan radar orbiter showed that our next-door solar system neighbor had a geologically active surface that must be interacting chemically with the cool clouds above, and possibly even biogeochemical flows that could encourage and nourish high-altitude organisms.

It has not been a popular view.

In the 1960s, atmospheric chemist James Lovelock was consulting for NASA in designing life detection instruments for Mars. He concluded that the best way to search was to simply study its atmosphere with spectrometers and look for the disequilibrium gases that life must produce. NASA ignored him and sent the billion-dollar Viking Lander, which in 1976 succeeded in landing on Mars and sending back revelatory photographs of the surface, crucial atmospheric measurements, and confusing and ambiguous biology results demonstrating that it’s hard to search for life without assuming very specific and somewhat Earth-centric definitions of life’s qualities and needs.

But the exoplanet revolution has revived a focus on remote detection of biosignatures—the telltale indicators of life. This assumes nothing about alien metabolisms other than that they would exchange gases with their environments and alter their entropy state—in other words that they would be alive as best we can define it. A coming generation of space telescopes should allow us to determine the composition of many exoplanet atmospheres.

Much work has gone into studying which gases are likely to be most characteristic of life—the obvious candidates are oxygen and methane—and also the possible false positives that might fool us. Wisps of methane on Mars can be seen as a possible biosignature, although geologic sources have also been proposed. Another gas at the top of the list is phosphine, a phosphorous atom bound to three hydrogens. On Earth it’s almost exclusively a product of biology. It’s also expected, and seen, on hydrogen-rich planets like Jupiter as the result of inorganic chemical processes—but for rocky planets like ours, it’s frequently seen as a sure sign of life.

Now Greaves, et al., have reported the detection of phosphine on the closest planet in the universe to ours. No matter what, the report of finding this stinky, toxic, perhaps biogenic gas on our neighbor Venus will advance the science of atmospheric biosignature detection. If it’s not really phosphine, we will learn something about the difficulty of this kind of observation and the need to proceed with caution. If phosphine really does exist on Venus in the quantity reported (concentrations up to 20 parts per billion), we stand to learn something more profound.  Clever chemists will now be trying to come up with alternative, nonbiological sources that produce phosphine in sufficient amounts. If they succeed, we learn something new, perhaps something important, about Venus and other planets. And we learn about the limitations of using atmospheric biosignatures to infer life.

If they fail, it doesn’t give proof of life but increases our already high motivation to go to Venus and study it’s atmosphere in situ with 21st-century instruments (the last entry probe the U.S. launched was in 1978).

Maybe there really are creatures inhabiting the clouds. Confirming this would surely be one of the most profoundly transformative discoveries ever made. What else would instantly reveal as much about the nature of life, the universe and everything?

These are early days of our living with this announcement, and the possibilities are wide open. It could be a false alarm—but it is an alarm. As humanity continues to search for company, either on the planet next door or on planets out among the stars, the question of atmospheric biosignatures is not going away.  And with Venus, unlike with exoplanets that are tens or hundreds or thousands of light-years away, we can seek context. We can go and have a look with a journey lasting months instead of centuries.

As the poet e e cummings wrote: “listen: there’s a hell of a good universe next door; let’s go.”

David Grinspoon is a senior scientist at the Planetary Science Institute in Tucson, Ariz. In 2012 and 2013 he served as the U.S. Library of Congress’s first chair of astrobiology while researching his forthcoming book Earth in Human Hands.

How NASA makes sure it doesn’t contaminate other worlds

How NASA makes sure it doesn’t contaminate other worlds

Dr. Fauci reveals which regions will be hit the hardest by...