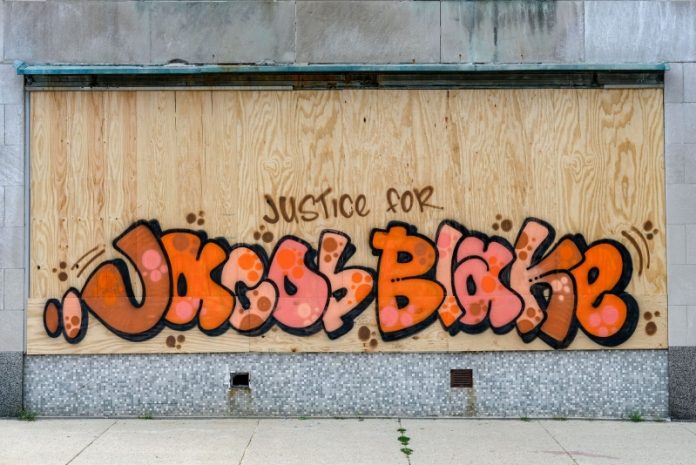 Sept. 6 (UPI) — Jacob Blake said he has been in constant pain since he was shot seven times by police in Wisconsin last month leaving him paralyzed from the waist down.

Attorney Ben Crump shared a video of Blake from his hospital bed on Saturday following the Aug. 23 shooting in Kenosha that has brought renewed intensity to protests against police brutality in Wisconsin and other areas throughout the country.

Blake also warned that “not only just your life, your legs — something that you need to move around and move forward in life” can be taken from you in the snap of a finger.

“Please, I’m telling you, change y’all lives out there,” he said. “We can stick together, make some money, make everything easier for our people out here, man, because there’s so much time that’s been wasted.”

Since the shooting, protests have erupted throughout Kenosha and 17-year-old Kyle Rittenhouse was arrested for shooting and killing two protesters after patrolling the demonstrations with a rifle.

Rittenhouse’s attorney, John Pierce, resigned from his position with a defense fund that has raised more than $700,000 for his client. Pierce said Friday that he resigned to avoid any “appearance of conflict,” amid accusations that he has failed to pay about $65 million in debts.

Rusten Sheskey, the Kenosha police officer who shot Blake, has been placed on administrative leave pending an investigation.

Blake appeared in court via video on Friday as he faces a felony charge of third-degree sexual assault and misdemeanor criminal trespass and disorderly conduct.

He also spoke with former Vice President Joe Biden last week as the Democratic presidential nominee said Blake talked about “how nothing was going to defeat him.”

President Donald Trump also visited Kenosha, despite concern from local leaders that he might ignite tensions, but did not meet with Blake or his family saying they disagreed on the involvement of Blake’s lawyers.

“I really came today to thank law enforcement,” Trump said during his visit. “What you’ve done has been incredible.”