I would rarely root for someone to cheat on their significant other, but this is definitely an occasion that calls for it. Actress Jane Fonda has admitted that she regrets not hooking up with a foxy musician back in the day, and I can’t help but feel her pain. Why? Because the fox is Marvin Gaye!

The “Let’s Get It On” singer literally created the soundtrack for lovers around the world, and Fonda passed up an opportunity to learn what inspires his music firsthand. Big mistake. HUGE!

In a recent interview with The New York Times, Fonda played a game of Confirm or Deny in which the truth came out about her and Gaye. In the past, the actress has claimed her biggest regret was not having sex with revolutionary leader Che Guevara. At some point, however, she changed her mind about this and revealed that it’s Gaye who she regrets not pursuing.

No, I don’t think about him. Who I do think about, and what is a great regret is Marvin Gaye. He wanted to and I didn’t. I was married to Tom. I was meeting a lot of performers to try to do concerts for Tom and the woman who was helping me do that introduced me to Marvin Gaye.

While Gaye didn’t use any lines from his hit songs to try and pick her up, Fonda admits that she was certainly in need of some “sexual healing” at the time.

Fonda Should Have Went For It

When she met Gaye, Fonda was married to left-wing activist Tom Hayden. While the two were together for 17 years, they hardly had a fairytale ending. He used her to gain recognition in politics and would frequently put her down in front of others. Often referred to as Mr. Jane Fonda, he often felt emasculated and was envious of the attention she got.

Additionally, Hayden shamed her for being materialistic, forcing her to live in a mildew-ridden shack in Santa Monica, where they shared a mattress on the floor. Without a washing machine or dishwasher, Fonda would often show up on her ex-husband’s doorstep with a sack full of laundry.

Hayden clearly had the actress under his thumb. You can see how she almost worshiped him in this video clip: 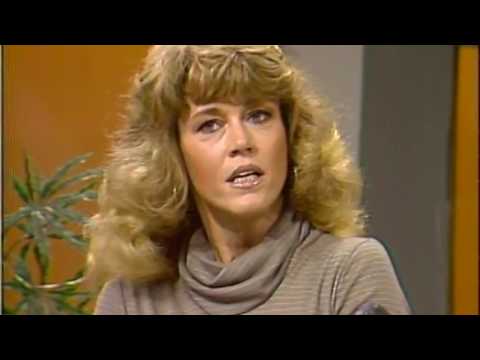 This is the kind of husband you walk out on! Instead of doing this, Fonda wound up having affairs. Little did she know that her husband was doing the same. When they ultimately split, it was because Hayden told Fonda (on her birthday) that he was in love with another woman. What a guy, right?

Fonda may be pining for Gaye now, but he may have been doing the same. After the musician died in 1984, she learned he had kept a daily reminder of the actress close by.

…I read, apparently, he had my picture on his refrigerator. I didn’t find that out until later after he was dead.

It’s all incredibly sad yet romantic at the same time. I’m sure it’s comforting for Fonda to know that she wasn’t the only one with feelings of remorse. If there’s one thing we can learn from her experience, though, it’s that it’s better to regret sleeping with someone than it is to have FOMO from not sleeping with them.

Gregg Popovich Should Leave the Spurs, but Not for the Reason...