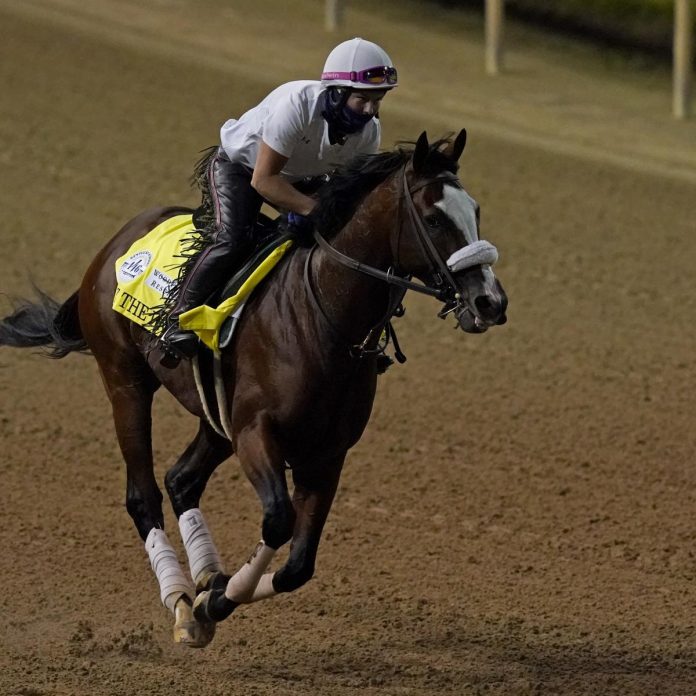 The wait only makes it more exciting, right?

Belmont Stakes champion Tiz the Law headlines the 16-horse field ready to gallop around the 1¼-mile track at Churchill Downs.

Saturday marks the 146th edition of the historic race, though an empty grandstand will provide a unique spin on the celebrated event. And while the Kentucky Derby is no stranger to subpar conditions, the latest forecast does not include any rain.

Throw on a preposterous hat, grab a favorite drink and gather around a screen to watch the Run for the Roses.

The post position draw included 18 horses, but Finnick the Fierce and King Guillermo have been withdrawn in recent days.

According to Carolyn Greer of Horse Racing Nation, trainer Rey Hernandez noted two factors contributed to the decision of holding back one-eyed Finnick the Fierce.

“I was not really happy how he trained this morning, and the state vet thinks he’s a little off,” Hernandez said. “We decided to scratch him and bring him home and see if there’s anything we’re not seeing. The main thing is playing it safe for the horse.”

A day earlier, a potential contender exited the field.

#KyDerby Field Update: King Guillermo to be scratched from Saturday’s Kentucky Derby due to a fever. https://t.co/OCQjXflz6g

“To race in a race like the Derby we need him at 100 percent,” Avila said in a press release. “We aren’t going to be able to demonstrate how good he is like this. I think we are going to have plenty of time to show his quality. He’s going to be a great horse and everybody knows we have to take care of the horse first.”

It’s possible both Finnick the Fierce and King Guillermo return for the Preakness Stakes in October.

As for the Kentucky Derby, though, this is the smallest field—which can include up to 20 horses—since 2003. Not only did Funny Cide win that Derby and the Preakness Stakes, he has a connection to this year’s favorite Tiz the Law.

While both horses are from Sackatoga Stable and trained by Barclay Tagg, “they’re so different,” Tagg said, per Mike MacAdam of the Daily Gazette.

Granted, Tagg will be hoping for a similar result at Churchill Downs; Funny Cide won the 2003 race by 1¾ lengths.

Tiz the Law is the clear favorite, but Honor A. P., Authentic, Thousand Words and Ny Traffic are among his top competition.

Not Just Cam; Patriots Have Finally Found Their Path to Success