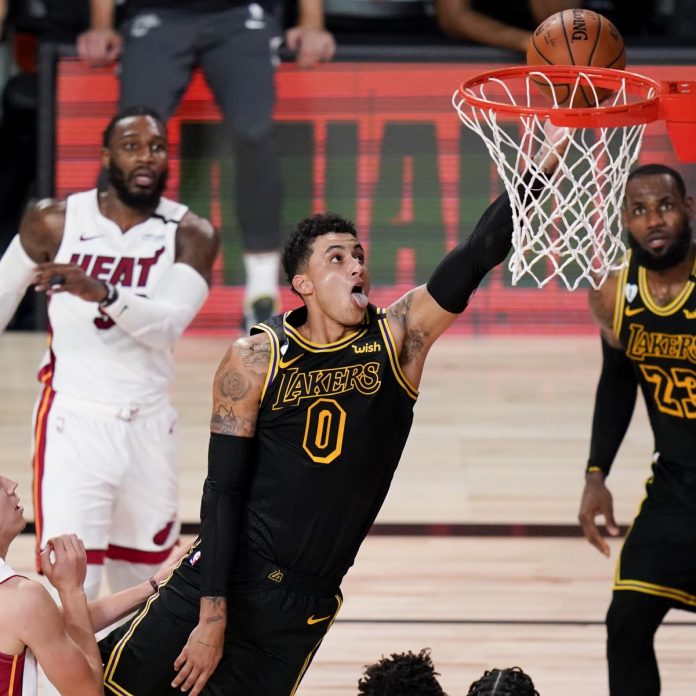 The Miami Heat staved off elimination in Game 5 of the NBA Finals thanks to a well-rounded team effort led by Jimmy Butler.

The Eastern Conference champions need two more of those performances to knock off the Los Angeles Lakers in the nba Finals.

Miami has yet to win back-to-back games against L.A., but it has put together a winning strategy in two of the last three games inside the Orlando bubble.

The fight displayed by the Heat over the last three contests forced the spread and money line in favor of the Lakers down for Sunday’s Game 6.

For the Lakers to close out the series, they need a bit more scoring depth around LeBron James and Anthony Davis, who were two of just three Los Angeles players in double digits Friday.

If the Lakers close out the nba Finals Sunday, they will likely do so by covering the five-point spread.

Los Angeles’ average margin of victory over Miami in the finals is 11.3, and its only single-digit win in Game 4 would have cleared the five-point spread set for Game 6.

Frank Vogel’s team has not been able to cover the spread in its last two victories, but that was because of double-digit numbers in its favor. Now that Miami has proved it can be competitive over five games and has Bam Adebayo back on the floor, its projected margin of defeat decreased.

If the Heat find a way to force Game 7, it will be because of Jimmy Butler and strong three-point shooting from their supporting cast. In Game 5, Butler produced 35 points, 12 rebounds and 11 assists, while Duncan Robinson knocked down seven three-point shots.

The Lakers still have the two best players on the floor in LeBron James and Anthony Davis, and all they need is for two other players to step up in the points column to put Miami under significant pressure. In Game 1, Danny Green and Alex Caruso combined for 21 points, Rajon Rondo and Kyle Kuzma totaled 27 points off the bench in Game 2 and four players had nine points or more in Game 4.

If L.A.’s role players produce more scoring in Game 6, they should be able to remain ahead of Miami and absorb any comeback attempts led by Butler.

If that is the case, the Lakers could pick up their fourth win of six points or more in the series and earn the first championship of the Davis-James era.

Film Room: What Does Damontre Moore Bring to the Colts? – Sports Illustrated

Film Room: What Does Damontre Moore Bring to the Colts? –...

A new voice has helped find the old Rory McIlroy