But the Duchess of Sussex is far from the first American woman to earn the ire of British spinsters by marrying into nobility. During the so-called Gilded Age, American women with money found themselves marrying British nobility in a trend that would get them dubbed “dollar princesses.”

While Meghan Markle is the most famous American-born British royal today, there was another more infamous one that came before her.

Jennie Jerome’s father, Leonard Walter Jerome, was one of the wealthiest men in New York City. Jerome Avenue in the Bronx is, in fact, named after him.

In 1874, Jerome announced her engagement to Lord Randolph Churchill, after having been introduced to him by none other than the Prince of Wales, the future King Edward VII. The Churchills, like the rest of England at the time, were horrified by this announcement — until they did the math.

The Churchills were land wealthy but cash poor, while the Jeromes had plenty of cash necessary to rehabilitate the then-decrepit Blenheim Palace. This was made even more palatable by the Jeromes payment of a dowry of $250,000 (worth about £4.3 million in today’s money). Eight months after their marriage, Jennie Jerome — by then known as Lady Randolph Churchill — had given birth to her first son, the infamous Winston Churchill.

A brief summary of her life can be seen in the video below. 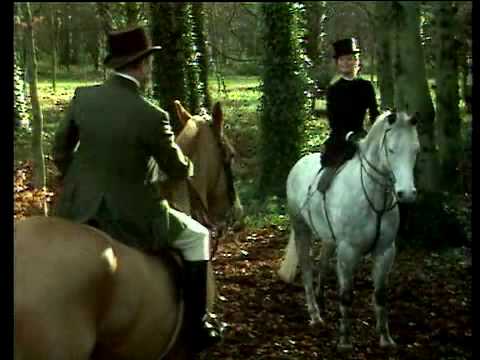 The case of Lady Randolph Churchill was not only not unique, but it also changed the face of the British aristocracy — and, it’s believed, single-handedly saved it.

Those who accuse Meghan Markle, today, of being a “gold-digger” have been proven to be far off their assertions. While the Windsors aren’t broke, they’re certainly not “wealthy” by true monarchic standards.

What’s more, were it not for American “dollar princesses” of the past, the alleged “goldmine” that Markle is supposedly digging in would be empty and abandoned altogether.

Between the late 19th century and World War II, the British aristocracy faced a financial crisis. Put bluntly, they were dead broke.

Enter the unique arrangement of the “dollar princess”: the British aristocracy would get the much-needed money, the American women would get the perceived “prestigious title,” and everyone was happy. It’s estimated that this arrangement injected the equivalent of $1 billion USD in today’s money into the flailing British economy, and piqued an interest in the British monarchy on American shores that remains to this day.

You might say, then, that Lady Randolph Churchill and her ilk walked so that Meghan Markle could run.

To be clear, no one is suggesting that Meghan Markle is a “dollar princess” in the Lady Randolph Churchill sense.

But she knows what they’ve endured. And she’s a “dollar princess” in a different sense.

Barring regicide, Prince Harry will never sit on the throne. Yet, if you hear the British press rage on about it, Markle is “in love with the idea of being a princess,” a gold-digger, a social climber, and the crux of anything and everything that’s wrong with the world today.

During Lady Randolph Churchill’s time, British women — who increasingly felt threatened by their wealthy American counterparts — closed ranks and isolated the so-called “dollar princesses,” spun rage-fueled yarns about their true motives (when they knew nothing of the sort), and often left the American women friendless and alone in a foreign country.

The aristocracy mocked the ‘dollar princesses’ for their “non-aristocratic’ roots and would be ‘horrified’ at their attempts to do things on their own. They also faced snide remarks and sometimes full-blown ostracism over their so-called brashy and loud ‘American’ culture. Thus, in an unfamiliar land, the girls often lead lonely and unhappy lives with neither friends nor well-wishers. Life with nobility quickly proved to be a bitter misery than the life they were accustomed to.

Supporters of the Duke & Duchess of Sussex will immediately say that this all sounds way too familiar.

The video, below, shows how popular Meghan Markle truly is — especially in American eyes.

The British royal family also faced an image crisis on their own shores: the same people that claim to be devout monarchists today — the God Save The Queen Consort Kate Middleton defenders — were screaming that the monarchy should be abolished altogether until Prince Harry married the former “Suits” actress.

So, perhaps, it can be said that were it not for Meghan Markle, the British royal family wouldn’t be enjoying this newfound popularity after all. She didn’t save the royal family with her money — she saved it with her face.

Stocks to see in New Year near record highs after banner...

Exclusive: Tunisia to issue up to $3 billion debt and push...