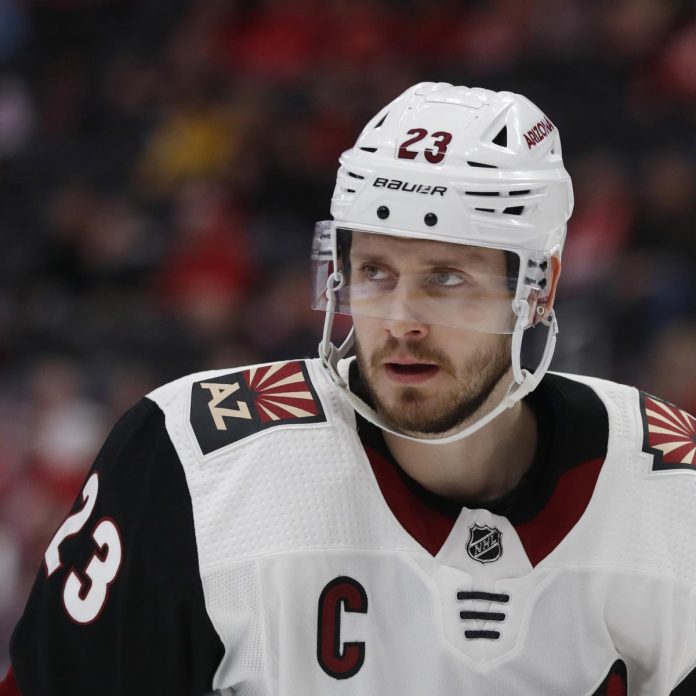 The 2020 NHL offseason is now in full swing after free agency kicked off Friday following the draft earlier this week, and the trade winds continue to blow as well.

Several deals have already been made since the start of October. Devan Dubnyk, Max Domi, Josh Anderson, Matt Murray and Paul Stastny are among the high-profile players heading to new teams ahead of the 2020-21 campaign, with others likely to join the list in the coming weeks.

Let’s check out some of the latest rumors and speculation about the trade market from around the nhl as front offices attempt to build a roster capable of taking down the Stanley Cup champion Tampa Bay Lightning.

Ekman-Larsson is one of the Arizona Coyotes‘ cornerstones. He’s the team captain and ranks 15th in the nhl among defensemen with 353 points (124 goals and 229 assists) since he became a full-time player in 2011-12, per QuantHockey.

His future with the organization has come into question, though. The Coyotes have less than $400,000 in cap space, and the hit on his eight-year, $66 million contract is $8.25 million, according to CapFriendly.

Chris Johnston and Elliotte Friedman of Sportsnet reported Ekman-Larsson, whose deal includes a no-movement clause, wanted a resolution in trade talks before Friday amid interest from the Vancouver Canucks and Boston Bruins.

“Obviously, when you’re painted in the corner and you have two teams to choose from, they’re not going to maybe give you their best hand,” Coyotes general manager Bill Armstrong told reporters.

While the deadline has passed, it’ll be intriguing to see whether the trade talks resurface at any point during the offseason. The Coyotes are one player short of a full 20-man roster and don’t even have enough space for a league-minimum signing ($700,000), so something has to give.

Ekman-Larsson would represent a significant upgrade, especially on the power play, for the Canucks, Bruins or pretty much any other interested team.

Laine is one of the nhl’s most lethal goal scorers, finding the net 138 times over the past four seasons, including 28 goals during the 2019-20 campaign. Add in that he’s just 22, and it’s been a surprise to see his name pop up in the rumor mill over the past few months.

TSN’s Frank Seravalli reported the Flyers were the team most “engaged” in discussions with the Winnipeg Jets, but he noted the talks have “cooled” as of late.

Philadelphia is led by one of the league’s best top forward lines in Sean Couturier, Jakub Voracek and Claude Giroux, but it could use some more firepower alongside Travis Konecny on the second line. Laine would be an ideal fit for that role.

The Finnish winger is a liability defensively, which could explain why there isn’t a more widespread push to acquire him, but players with his scoring ability are limited. Winnipeg should eventually able to find a trade partner if he remains available throughout the offseason.

The Leafs have been busy during the early stages of free agency, adding winger Wayne Simmonds and defenseman T.J. Brodie after previously re-signing center Jason Spezza.

Although the moves have helped add further depth to the roster following a disappointing first-round playoff exit, they’ve also moved Toronto closer to the salary cap.

A Johnsson trade could be a necessary response to give the team more flexibility. Jeff Veillette of the Faceoff Circle expects the 25-year-old Swedish winger will “almost definitely be on the move soon,” while James Mirtle of The Athletic also mentioned it as a possibility amid the Leafs’ cap crunch.

He could flourish on a team with less offensive talent than Toronto, which would give him a better chance to earn playing time in the top six and on the power play.