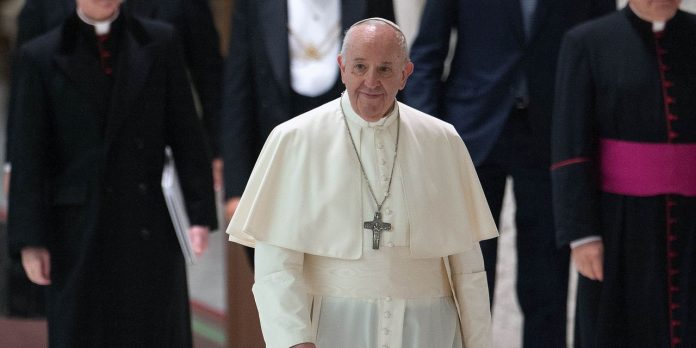 ROME—Pope Francis endorsed civil unions for same-sex couples, in a move that is likely to intensify the already heated controversy over the Catholic Church’s teaching on homosexuality.

The pope’s words, though not part of his official teaching, will likely put pressure on Catholic bishops in the developing world to tolerate legal recognition of same-sex unions and oppose anti-homosexuality laws.

In Europe, North America and other Western countries, too, it is expected to have an impact on the cultural wars over sexuality within the church and beyond.

“Homosexuals have a right to be a part of the family. They’re children of God and have a right to a family. Nobody should be thrown out, or be made miserable because of it,” Pope Francis said in a new documentary film, “Francesco,” which premiered at the Rome Film Festival on Wednesday, according to the Catholic News Agency and other outlets.

“What we have to create is a civil-union law. That way they are legally covered,” the pope said, according to CNA. “I stood up for that.”

US and UK blame Iran for deadly tanker attack off Oman

Robert Rice on CoinGeek Backstage: Omniscape’s Metaverse will be persistent and ubiquitous

We Are Prepared to Defend Taiwan on Our Own, Lawmaker Says

A ‘growth bomb’ is brewing in the US with consumers sitting...