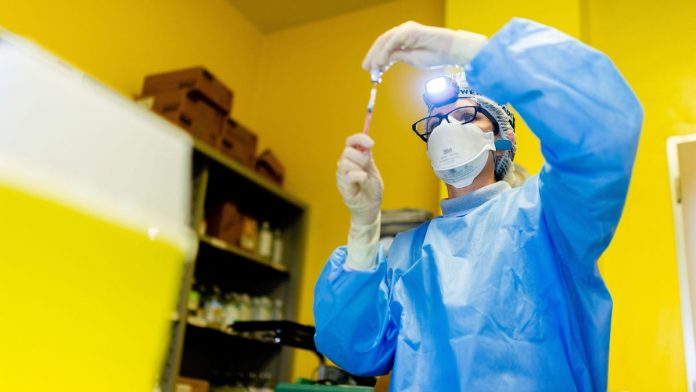 People who previously contracted covid-19 have about the same level of protection against contracting the disease as those fully inoculated with two key vaccines, according to the findings of a study published Monday which adds to a growing and sometimes contradictory body of research on natural immunity.

The study published by the U.K.’s Office of National Statistics (ONS) looked at more than 8,000 positive coronavirus tests across Britain between May and August, when delta was the dominant variant.

During this time, people who had previously recovered from covid-19 were about 71% less likely to contract it a second time, the analysis found.

This represents about the same level of protection the study found was offered by two doses of the vaccines made by Pfizer and AstraZeneca, which have been prominently used in Europe’s inoculation drive.

Two doses of the Pfizer vaccine reduced the risk of contracting covid-19 by around 73% compared to 62% for AstraZeneca’s vaccine.

The overlap in confidence intervals meant there “was no evidence” that full vaccination was any more effective in preventing covid-19 than previous natural infection, the researchers concluded.

The study, which has not been peer reviewed, found previous infection was similarly effective at preventing symptomatic covid-19, but did not delve into the differences between natural infection and vaccines in preventing severe disease.

There have been dozens of studies conducted on natural immunity, with many coming up with different results. A study out of Israel last month indicated people with two vaccine shots actually had a six-fold higher chance of getting infected with the delta variant than those who had previously contracted covid-19. In this study, vaccinated people also had a higher risk of symptomatic infection, and a 6.7-fold higher chance of being hospitalized. However, other studies have signaled that mRNA vaccines produce more antibodies, more reliably than previous infection from covid-19 does. Regardless, scientists are still strongly recommending the previously infected get vaccinated against covid-19 because of the many remaining questions about natural immunity, its level of protection and how long it can last.

Studies have also consistently shown that vaccination on top of previous infection offers even higher levels of immunity. As highlighted by Sarah Croft, the head of analysis for the U.K. study, “the highest protection was found among those who had experienced a past infection followed by two vaccines.”

The study also found both vaccines were less effective at preventing covid-19 during the delta wave than during the previous alpha wave of the virus. The efficacy of two doses of the Pfizer vaccine was 80% during the earlier period, compared to 76% for AstraZeneca’s vaccine. Croft said this trend may be further evidence of the waning immunity of vaccines as the data “includes results from participants who had experienced a longer average time period since their second covid vaccination.”

“If You’ve Had Covid, Do You Need the Vaccine?” (The New York Times)

Full coverage and live updates on the Coronavirus

US intelligence-sharing convinces allies of Russian threat to Ukraine

Asus wins the title of Taiwan’s Most Valuable International Brand for...

How a Bengaluru NGO raised Rs 220 crore for fight against...