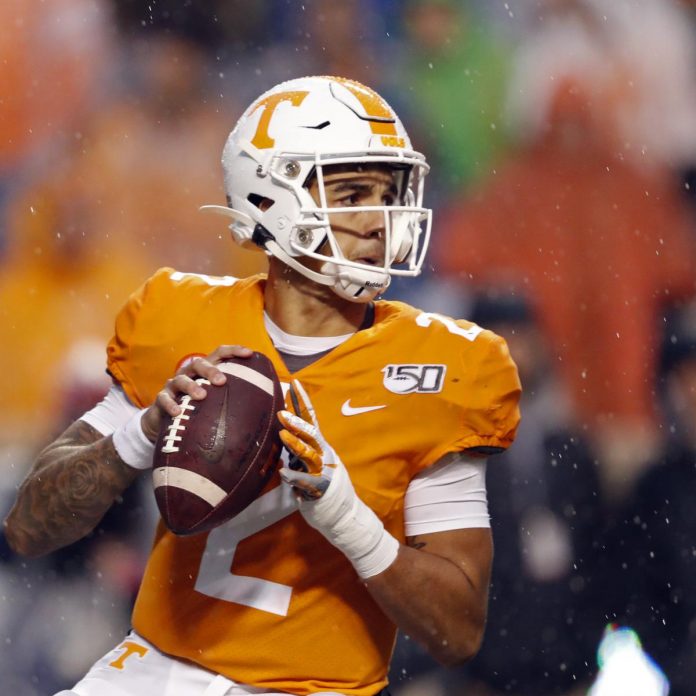 It is not a good day to be a quarterback of the Tennessee Volunteers.

Jarrett Guarantano opened Saturday’s game vs. Kentucky at Neyland Stadium as the starting signal-caller and threw a pair of pick-sixes in the first half.

On the Vols’ first drive after the second of those miscues, he was benched in favor of J.T. Shrout, who promptly—yup, you guessed it—threw another interception, which the Wildcats capitalized on with a field goal for a 17-0 lead. So the Volunteers and head coach Jeremy Pruitt, likely as confounded as the rest of us, put Guarantano back in the game.

Tennessee is going back to Jarrett Guarantano at QB.

So yeah, it’s been a rough start to Saturday for the Volunteers.