Home Science and Nature The surreal art of ‘unnatural lighting’ 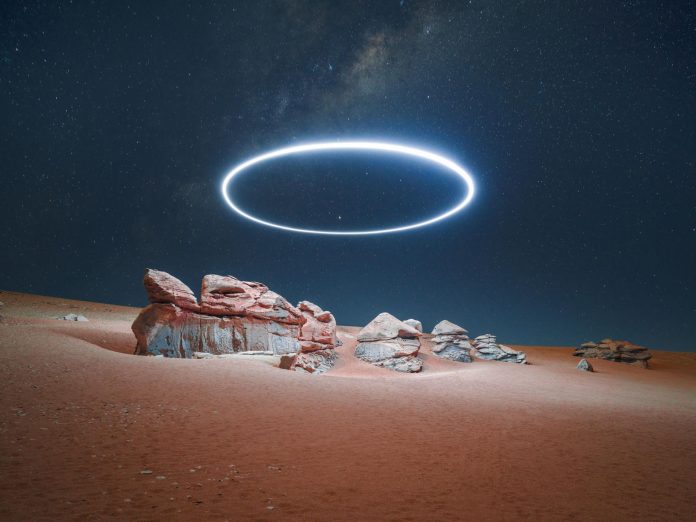 Introducing artificial light in a natural environment opens the mind to another way of seeing, says photographer and drone pilot Reuben Wu.

Introducing artificial light in a natural environment opens the mind to another way of seeing, says photographer and drone pilot Reuben Wu.

This story appears in the
September 2020 issue of
National Geographic magazine.

The impressive landscapes on Earth can take a person’s breath away. But for Reuben Wu, that wasn’t enough. Wu—a photographer, visual artist, and music producer—felt that the planet’s majestic mountains, glaciers, and beaches were missing something.

The idea was born from a mistake. One night near Death Valley, California, Wu set a camera to make a time-lapse series in the dark. A pickup truck drove by and washed out the scene with its harsh headlights.

At first, says Wu, “I was really annoyed. But when I looked at the images, I was fascinated. Here was artificial lighting in a natural environment.”

The juxtaposition launched his desire to try adding light to other scenes where it didn’t belong: on lakes, in canyons, on tall rock pillars in the desert. He flew drones carrying lights in front of cameras, taking long exposures—as long as 30 seconds. Then he layered the images into composites and, in some images, retouched the final version to remove the drone but leave the light it cast.

What emerged were incongruous, otherworldly landscapes, each a visual puzzle daring the observer to figure out how such a scene came to be.

Wu photographs mostly in the United States, where he lives. But in the spirit of exploration, he says, any landscape on Earth is a candidate for such a portrait—any scene, anywhere, that can be captured in a way it doesn’t usually appear.

Wu intends for the series to confound: Is it nature? Is it art? Disorientation, he says, opens the mind to another way of seeing.