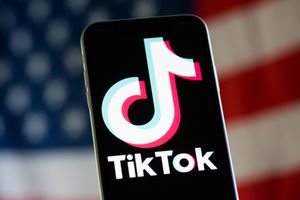 Austin Benji chimed in on TikTok after news broke on Sunday that Oracle had struck a deal aimed at preventing the short-form video app from being banned in the US.

In a video shared with his 310,600 followers, Benji, who identifies himself as politically conservative, points out that Larry Ellison, Oracle’s chairman, is also a conservative who supports President Donald Trump.

Subscribe to the CNET Now newsletter for our editors’ picks of the most important stories of the day.

“This is a big win for conservative TikTok users because we’ve been shadow banned, banned, and shadow banned again over the last couple of years,” Benji says in the video. “So guys, TikTok is not going to be banned and I’m incredibly happy that Oracle ended up winning this bidding war.”  (Shadow banning involves suppressing or removing content without alerting a user and is a constant complaint on social media platforms. TikTok didn’t immediately respond to a request for comment about shadow banning.)

TikTok’s deal with Oracle, which sells enterprise software, has prompted a mixed reaction from the app’s users because of Ellison’s ties to the Trump administration. Safra Catz, the company’s CEO, also has links to the administration, having served on Trump’s transition team. But there’s one thing TikTokers of all political stripes are happy about: the expectation that the deal will save the app.

The short-form video app filled with elated videos after the deal was announced. Some TikTokers busted out joyous dance moves, a favorite of users. Others just screamed happily as they proclaimed the app wouldn’t get banned.

The online celebration underscores TikTokers commitment to the app, which is used by an estimated 100 million Americans, even though the victory dances may be premature. Little is known publicly about the deal, which appears to have Oracle providing technology services aimed at addressing US national security concerns about TikTok, which is owned by Chinese tech giant ByteDance. The company will also reportedly take a stake in TikTok but not purchase the entire operation. It’s unclear what happens with TikTok’s algorithm, the code that’s credited with keeping users hooked by delivering them videos that match their taste.

The expected structure of the deal appears to fall short of requirements the Trump administration had laid out in a pair of executive orders. An Aug. 6 executive order bars American companies from doing business with ByteDance or its subsidiaries, citing national security concerns. TikTok could be effectively banned on Sept. 20 if a deal falls through. A subsequent order issued on Aug. 14 directed ByteDance to “divest all interests and rights” in assets and property that support TikTok’s US operations by Nov. 12. The White House didn’t respond to questions about the orders.

The proposed deal between TikTok and Oracle still has to be evaluated by the US government. The deal will be reviewed by a committee that oversees foreign investment in the US this week, and then presented to the president with recommendations,Treasury Secretary Steven Mnuchin told CNBC on Monday morning.

He also told the business news network that the deal includes a commitment to creating a US-headquartered global TikTok business that would employ 20,000 people.

The deal left some observers, including former Facebook security head Alex Stamos, underwhelmed. “A deal where Oracle takes over hosting without source code and significant operational changes would not address any of the legitimate concerns about TikTok,” tweeted Stamos, who’s now at Stanford University.

Tiffany Li, a technology lawyer and visiting professor at Boston University School of Law, said she thinks it’s likely TikTok will continue to operate in the US.

Executive orders, she said, can be revoked, modified or reinterpreted by the Trump administration.

“Now that a Trump-friendly company has taken on this position, I’d be willing to bet that there is a high potential for a situation in which TikTok doesn’t get banned,” she said.

Some Republican lawmakers are already urging the administration to reject the deal.

“Regardless of the reason, the available evidence compels only one conclusion: ByteDance has no intention whatsoever of relinquishing ultimate control of TikTok,” Sen. Josh Hawley, a Republican from Missouri, said in a statement. “ByteDance, as TikTok’s parent company, will continue to be subject to Chinese laws that put Americans’ data at risk.”

TikTok has pushed back against allegations the app is a national security threat and vowed it would never turn over US data to the Chinese government. At the same time, the company said it thinks the partnership with Oracle will address concerns raised about the app.

“This proposal would enable us to continue supporting our community of 100 million people in the US who love TikTok for connection and entertainment, as well as the hundreds of thousands of small business owners and creators who rely upon TikTok to grow their livelihoods and build meaningful careers,” TikTok said in a statement.

Oracle’s political ties to the Trump administration, though, are already rubbing some TikTok users the wrong way. In February, Ellison hosted a fundraiser for Trump, prompting a backlash by some Oracle workers.

A TikToker using the handle @lord_tomothais said in a video that he thought it was “fishy” Microsoft lost the bid. The user, who has more than 152,000 followers on the app, has expressed support for Joe Biden, Trump’s Democratic rival.

“They’ll probably choke this platform to death. It will probably hemorrhage creators, and we’ll see,” @lord_tomothais says. “So for now, there’s no ban on TikTok…but we will see how they ruin this application.”

Other US users didn’t seem to care who won the TikTok bid as long as the app stayed online.

Korie Mckennedy, who has 2 million followers on his TikTok account @koriee_me, posted a video of himself doing an energetic happy dance to pop music.

“Oracle coming in with the clutch,” TikTok user Mckennedy wrote in the caption of his video. “I got hype when I see the news.”

Review: Alice in Borderland takes us down a deliciously bonkers rabbit...

Small plane crashes on street near homes in Los Angeles