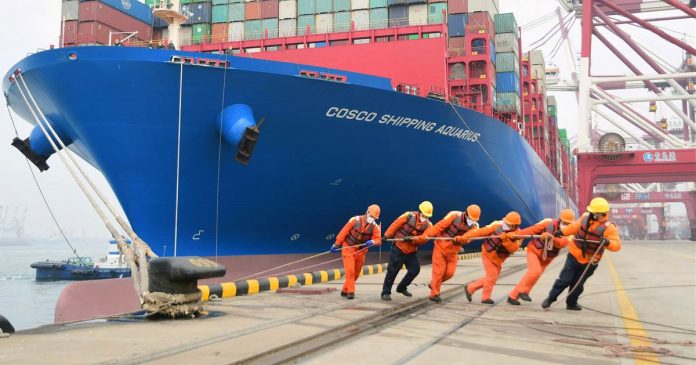 The U.S. is “leading the world in economic recovery,” President Donald Trump claimed Tuesday on Twitter, a declaration that economists were swift to rebuff.

“It is tenuous, at best,” Nick Mazing, director of research at the data provider Sentieo, said in an email.

Several measures of economic recovery show that the U.S. has fallen behind China and several other major countries during the global coronavirus pandemic.

With a national unemployment rate of 7.9 percent, the U.S. is faring slightly better than most other developed countries, whose jobless rate averages 7.4 percent, according to the latest data from the Organization for Economic Cooperation and Development, or OECD.

There are countries with better unemployment rates, however, including the Netherlands, Germany, South Korea and Japan, where the national rates are from 4.6 percent to 3 percent. Those countries’ aggressive coronavirus containment plans reduced their infection rates faster than the U.S. has been able to.

Trump’s claim is supported even less by other measurements. China leads the world with reported growth in gross domestic product of 11.5 percent last quarter over the same quarter last year. The U.S. lags far behind, at minus 9 percent.

Inflation in the U.S., a measurement of price increases for consumers, stands at 4.6 percent, compared to an average of 3.9 percent for other OECD countries. That means American wages aren’t going as far to cover bills.

Wall Street has largely recovered its pandemic losses. At Tuesday’s closing bell, the Dow Jones Industrial Average was at 27,772 points, close to its pre-pandemic peak of 29,000 — good news for corporations and their investors.

Yet even here there is a global market that has fared better. For the year to date, Japan’s Nikkei index on the Tokyo Stock Exchange is up by nearly 1 percent, while the Dow is down by 1.3 percent.

Some forecasts do “point to a very strong Q3,” Mazing said. “But we do not know how this compares globally for the quarter that literally just ended.”

Ben Popken is a senior business reporter for NBC News.

Film Room: What Does Damontre Moore Bring to the Colts? –...

You can now use your Apple Watch to unlock your iPhone...