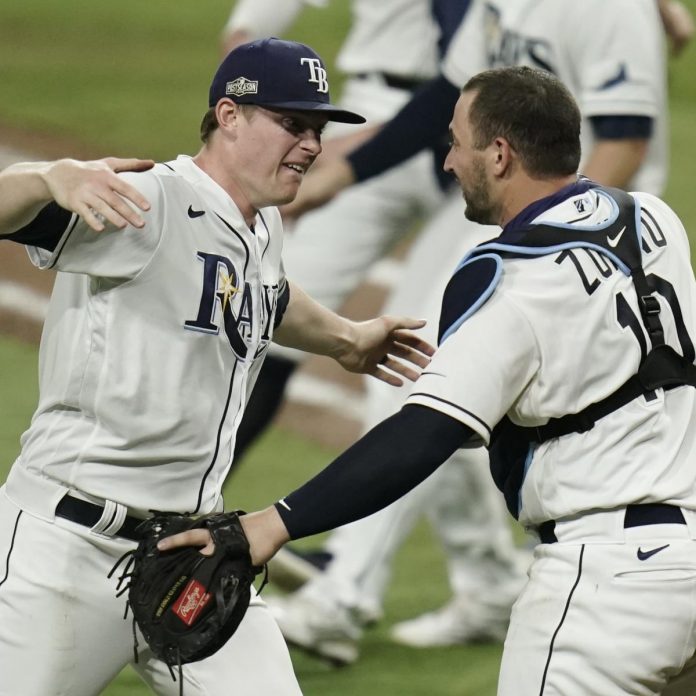 The Tampa Bay Rays will go into the 2020 World Series hoping they fare much better than during the only other championship appearance in franchise history.

In 2008, the Rays won a single contest against the Philadelphia Phillies in a matchup that featured a game that was finished in a three-day span because of inclement weather.

This iteration of an American League champion out of Tampa will not have to worry about weather since Globe Life Field has a retractable roof.

Another concern will be dealing with the lineup of the National League Championship Series winner. Both the Atlanta Braves and Los Angeles Dodgers possess dangerous offenses that can rattle the Tampa Bay pitching staff.

The NL pennant winner will only have one day off between NLCS Game 7 and World Series Game 1, but it gets to stay in Arlington, Texas, while the Rays have to travel from San Diego.

Atlanta over Tampa Bay in 6

The Rays should have the pitching matchups fall their way with Tyler Glasnow, Blake Snell and Charlie Morton likely starting the first three games.

While that seems like an ideal lineup to put the Rays in front, the Braves may find an advantage against one or more of those hurlers through their power hitters.

Freddie Freeman and Marcell Ozuna are a combined 16-of-47 with 10 runs and four home runs in the NLCS.

Ozzie Albies, who hits two positions beneath Ozuna, has nine hits, four runs scored and a pair of long balls.

If the heart of Atlanta’s order remains in good form to win NLCS Game 7 and carries that over into the World Series, it could force the early removal of one of Tampa Bay’s top arms.

Glasnow and Snell were not as perfect as Morton was in the ALCS, as the pair combined to allow seven earned runs off 17 hits.

If the Braves get to them early in counts, or during their first time around the order, they could take the Tampa Bay pitchers out of a rhythm and may even force Kevin Cash to call on his bullpen earlier than expected.

Containing the bats of the NL champion could be a much more difficult task to holding the Astros to 22 runs in seven games.

In one fewer LCS contest, the Dodgers and Braves both outscored the Astros. Los Angeles has 35 runs, and Atlanta has 30.

The Braves could contain the Dodgers lineup in Game 7 through Ian Anderson, who has not allowed an earned run in his first 15.2 playoff innings.

If Atlanta edges out the series-clinching win, it could be poised to beat Tampa Bay in any type of game.

Brian Snitker’s team opened the postseason with a 1-0 win in 13 innings over Cincinnati, and once its bats woke up, it proved it could win high-scoring affairs, like the 9-5 NLDS Game 1 win over Miami and the 10-2 triumph in NLCS Game 4.

Nets 2020 NBA Mock Draft Roundup: Brooklyn looks to the wing at No. 19

Admin - October 31, 2020 0
The NBA Draft is less than a month away, which means mock season is officially in full swing.After making the playoffs in 2019-20, the Nets are looking at the 19th pick on Nov. 18. Here’s a look at who they could select…USA TODAYPG Theo Maledon (France)Maledon will have plenty of things to work on to…

The boom in US GDP does not match what’s happening to...

The Race for Texas’s Powerful Energy Regulator Is Heating Up

The boom in US GDP does not match what’s happening to...

Thompson on Chimaev: Why should I fight a guy who is...